The Lies about Muhammad 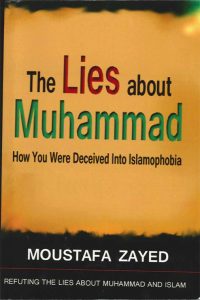 The Lies about Muhammad

In the book “The lies about Muhammad“, well known American Muslim scholar Moustafa Zayed refutes the historical errors and allegations in the New York Times Bestseller book “The Truth about Muhammad” by Robert Spencer.

In refuting Spencer’s claims, Zayed brings to life a richness of history, politics, and current events into the spectrum of the hot debate.

The book uniquely shows Islam and Islamic history from the rare point of view of a true Muslim scholar without any politically biased alterations of a middle man; more importantly an America Muslim scholar who shares the pulse of our day to day life. The reader will come to know real Islam and Islamic history in regards to plenty of topics like the raging controversies about women, human, and minority’s rights in Islam – not just from an Islamic perspective – but also in light of world history, Judaism, and Christianity.

Zayed eloquently shows how the misinformation about Islam is woven into the Islamophobia of today. The depth of knowledge and unique perspective of Mr. Zayed enlightens the reader about the overall depth of the meaning of God and religion from an interesting angle that could give birth to a debate unparalleled in today’s literature – a debate that matters greatly to millions of readers.