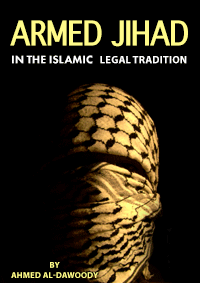 Armed jihad in the Islamic legal tradition has been the subject of lengthy discussions, interpretations, and deliberations among Muslim jurists and scholars for over 14 centuries. Different interpretations of the nature of armed jihad as offensive or only defensive armed conflict have been advocated depending on the interpretations of certain incidents of fighting that took place between the Prophet and the enemies of the Muslims after the flight to Medina and the Qur’ānic texts addressing these incidents. The Islamic rules developed by the classical Muslim jurists regulating the use of force considerably succeeded in humanizing the primitive war situations of their times. However, the different interpretations of the texts and contexts of these incidents of fighting, on the one hand, and the struggle to put limitations on the use of force in certain primitive war tactics and operations in order not to endanger the lives and property of enemy non-combatants without losing the war, on the other, resulted in advocating contradictory rules by jurists of the different schools of Islamic law. Therefore, the redevelopment of Islamic rules regulating the use of force in the contemporary war situations and in the light of the international treaties becomes a matter of urgent necessity for today’s world peace and security.