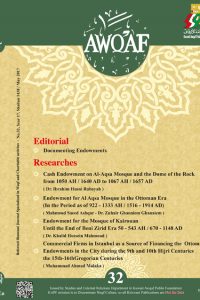 Ever since the Islamic era, Muslims have generally sought to document ownership.

They exerted several efforts to maintain rights by carrying out documentation procedures.

They played a prominent role in this respect although the foreign resources disregard referring to it.

Based on the foregoing and since the establishment of Awqaf Public Foundation in 1993,

it has paid attention to documenting endowments in the Islamic world.

The State of Kuwait has been commissioned to play the role of the State coordinating the efforts of the Islamic countries in the field of endowment by virtue of Resolution of the Sixth Conference of the Ministers of Endowments in the Islamic States held in the Indonesian Capital (Jakarta) in October 1997 AD.