The History of Al-Tabari Volume 3: The Children of Israel 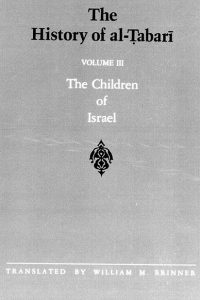 The History of Al-Tabari Volume 3

The Children of Israel

This volume continues the stories of the Israelite patriarchs and prophets who figured in Volume II, as well as of the semi-mythical rulers of ancient Iran.

In addition to biblical, Qur’anic, and legendary accounts about Moses, Aaron, and the exodus of the Children of Israel from Egypt; of the Judges, Samuel and Ezekiel; and of Saul, David, and Solomon, it includes a version of Iranian prehistory that emphasizes the role of Manuchihr (Manushihr in Arabic) in creating the Iranian nation and state.

Woven into these accounts are stories about figures belonging to the very earliest literatures of the Middle East: the mysterious al-Khidwith echoes from the epic of the Sumero-Akkadian hero Gilgamesh The legendary exploits of Dhu Qarnayn, mirroring the ancient romance of Alexander.