ISLAM AND THE WEST 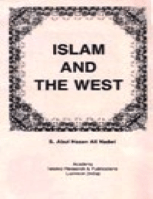 This paper was read in the seminar held in the Oxford University on 22nd July, 1983, to discuss ‘Islam and the West’ The seminar, presided over by Dr. D. G. Browning, of St. Cross College. Oxford. was attended by a considerable number of professors, scholars and students of Islamics. Besides several scholars from Pakistan and certain Arab Countries who had been invited to express their views on the subject. As the seminar was convened to consider the establishment of an Islamic Centre at Oxford, this paper seeks to bring out the need and importance of such an institution in that educational centre of U. K.