Hunting for the Word of God 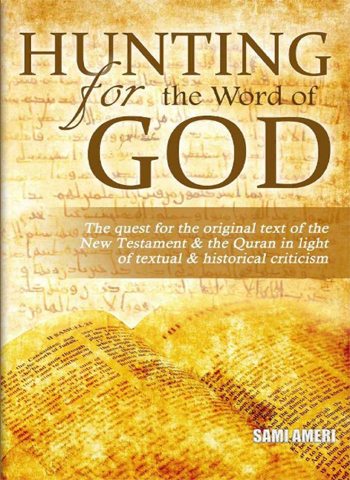 Hunting for the Word of God

Almost a century ago, scholars were debating the authenticity of some passages of the New Testament. After a revolutionary renaissance in the field of biblical textual criticism, however, they began to doubt the genuineness of the entire text.
No longer are we able to claim the authenticity of even one passage from the New Testament. The whole Christian edifice is now in danger. Conversely, today the authenticity of the Qur’ānic text is also being challenged by questioning the Islamic version of the preservation of the Muslim holy book, and the preservation of the canonical readings of the original text.

In the last decade, some missionaries started using the recent discovery of Qur’ānic manuscripts in Sana’a (Yemen) to claim that there had been an early corruption of the text.

This book aims at taking its readers on a journey through the latest academic research on the topic, in the hope of bringing them as close as possible to the heart of the debate. It also has, as its objective, to provide the most satisfactory answers to the most bewildering questions readers may have about the authenticity of the two texts in question—the New Testament and the Qur’an.

The author’s expertise in both areas, the Biblical and Qur’ānic, will enable the reader to gain solid knowledge of the subject matter tackled in this book.