Eye On The Truth 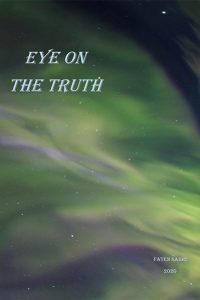 Eye On The Truth

This book is a brief summary from the origin of Christianity to its present-day reality. Christians need to know that the original message preached by Jesus was the belief in One God and unifying Him in worship.

In this summary, I will refer to the Qur’anic verses which mention the story of Jesus Christ and his mother, as well as the Biblical verses to highlight to the Christian readers the True Message of Jesus Christ using their own sources.

The belief in the Oneness of God – as a theological concept – began at a very early stage in history.

In fact, it preceded by many centuries, the belief in the Trinity (which was never mentioned in the teachings of the prophets of God i.e. Abraham, Moses, and even Jesus Christ himself.)
All Prophets carried the same message to all nations. A simple straightforward message that is considered the condition of salvation: Belief in One God (the Creator) and unifying Him in worship.

Every Prophet was the way for the people of his time to get salvation; by following his teachings; worshiping like him – not worshipping the Prophet himself or any other intermediary (idol, saint, priest, etc.).

It is the right of the Creator to be worshipped alone and the right of every human being to have a direct connection with His Creator. Prophet Abraham is the ancestor of Judah, the namesake of the Jews.

The Jews firmly believe that there is only one God. Judah taught his people the religion of Prophet Abraham and the religion of all the Prophets who came before him which is Pure Monotheism (believing in One God and unifying Him in worship).