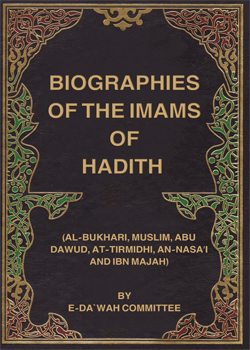 Almighty Allah has chosen some people to be the torchbearers leading the Muslim community to the straight path and guiding its way in light of the instructions of Prophet Muhammad (peace be upon him). They are the religious scholars who devoted their life for teaching people the religion of God. They are the inheritors of Prophets and the most beloved ones to God the Almighty. Abu Ad-Darda’ (may Allah be pleased with him) narrated that the Prophet (peace be upon him) said, “The scholars are heirs of the Prophets, and the Prophets leave neither dinar nor dirham, leaving only knowledge, and he who takes it takes an abundant portion.” (Abu Dawud)

In fact, the science of Hadith is one of the greatest sciences of the Shari`ah. It explains the speech of Allah, relates the conditions and merits of Prophet (peace be upon him), conveys the commandments of Islam and represents the second main source of Islam. Those who keep themselves busy with acquiring the science of Hadith undoubtedly excel their peers in other kinds of science. It is enough that the Prophet Muhammad (peace be upon him) has supplicated God for them as in the hadith narrated by Ibn Mas`ud (may Allah be pleased with him): “I heard the Messenger of Allah (peace be upon him) saying, “May Allah make the faces of the person who hears something from us and communicates it to others exactly as he has heard it shining and radiant, for it may be that the recipient of knowledge understands it better than the one who has heard it.” (At-Tirmidhi) It is also reported from the Prophet (peace be upon him) that he said, “This knowledge (Hadith) will be carried by the most upright from among each generation. They will remove from it the distortion of the immoderate, the plagiarism of the liars and the misrepresentation of the ignorant. (Ibn `Abdul-Barr)

Those scholars of Hadith have undertaken the responsibility of narrating the hadiths of the Prophet to the following generations, verifying the weak of them from the strong, demonstrating them to people, inspecting their transmitters and discriminating between the authentic and the inauthentic. They have devoted their lives for this sacred mission, may Allah reward them all the best!

The E-Daw`ah Committee is pleased to present the book at hand which provides brief biographies of the compilers of Sahihs and Sunan, including the Imams: Al-Bukhari, Muslim, Abu Dawud, At-Tirmidhi, An-Nasa’i and Ibn Majah. We have shed light on the early life, scientific journeys, righteousness, sheikhs, students, writings, death and praise of historians of each scholar. The book is highly beneficial to every Muslim, specially the knowledge seekers, as it introduces the biographies of the six imams of hadith in an interesting, simple and scientific way. At the end of the book, the historical resources of the contents are mentioned for those who want to read more about the Imams of hadith. We hope that the book is up to the readers’ expectation and provide them with a historical rich meal about the life of the Imams of hadith who conveyed the words, actions and whole life of the Prophet (peace be upon him) and his followers to us.