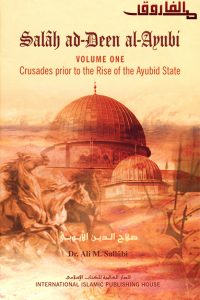 This book discusses the conflicts between the Crusader venture and the Sunni Islamic course of action.

I refer to the most important reasons and motives for the Crusade, such as religious, political, social and economic motives; the change in the balance of power in the Mediterranean, in Sicily, Andalusia and North Africa; the request for help from the Byzantine Emperor to the Pope; the character of Urban II, his comprehensive plan for the Crusade, his propaganda campaign and organized way of thinking. I discussed the beginning of the First Crusade and their strategies following occupation; the emergence of the resistance movement during the Seljuk era; the actual participation of the scholars of jurisprudence and judges in the field of Jihad3 and their encouraging fighting in the battlefield