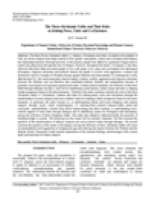 The three Divine Abrahamic faiths i.e. Judaism, Christianity and Islam, revealed to the prophets of God, are divine religions that shape outlook of life, people’s perception, culture and civilization and enhance the relationship between God-man-universe.

In this process, people who adhere to a particular religion tend to explore the phenomena through the lens of religion. However, throughout the history of religions, it has been observed that three faiths provoked people to live with peace, love, unity and co-existence but ideological divergence, religious extremism and political interest led people to involve with aggression, violence and destruction such as Crusades of Christian Europe against Muslims and Islam-phobia.