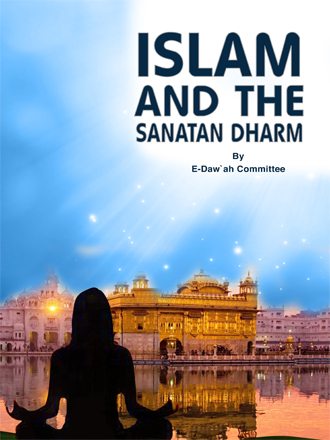 The divine revelation for the human mind is like the external light to eyes. The light of the eye alone is not enough in the process of vision unless it is accompanied by an outer light.

Man is always in dire need of divine guidance from Allah the Almighty, which reveals the nature of the relationship between humankind and the Creator of the universe. Man constantly requires the divine message that explains to him who is the worshipper and who is the worshipped. If we look at the system of kings and sultans in this world, we will find ministers and deputies in their courts, who convey the laws of the kingdom to the common people and declare it to them on behalf of the kings
.
In fact, the prophets and messengers are mediators between Allah and the people who deliver the message of Allah to His slaves, because every person is not prepared or ready for receiving direct message from Allah the Almighty.

Prophethood from the Islamic perspective is a selection by Allah the Almighty and a special gift from Him to His selected slaves and devotees who are the most perfect individuals among people. Prophethood is not a worldly post that is gained through personal efforts or spiritual exercise.

Moreover, Allah (Glory be to Him) has granted man sense and mind to guide him to the right path and help him distinguish between right and wrong; this reality has been elucidated by the Glorious Qur’an in many places. In addition, modern psychology confirms that man is equipped with an instinct that helps him differentiate between good and evil.

However, such instinct is mostly exposed to some types of pests that come between human mind and its assigned functions. They disturb it so that it will not carry out its duties properly. Sometimes it is influenced by personal feelings. From time to time, it is defeated by some worldly desires and deviant ideas. At times, it is affected by anger, hostility and bigotry. Thus, the duties and functions of the human sense are interrupted and become unable to distinguish between good and evil. That’s why Allah (Glory be to Him) has selected prophetsand apostles from among His slaves to guide human mind to the right direction.