Apostates, Islam & Freedom of Faith: Change of Conviction vs Change of Allegiance 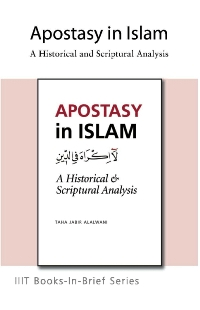 In this new and important analysis of apostasy (al-Riddah), the author examines fundamental teachings of the Qur’an, the Sunnah of the Prophet, as well as historical as opposed to scriptural postulates, to uncover the origins of the debate and refute misconception. Mainstream media and critics of Islam delight in pointing to the death penalty as evidence of Islam’s draconian tenets, moral flaws and flagrant disregard for human rights. This demonstrates a complete misunderstanding of the correct Islamic position, what apostasy signifies in Islam, ignorance of Islamic principles of justice, as well as failure to comprehend the manipulation of religion for political purposes.