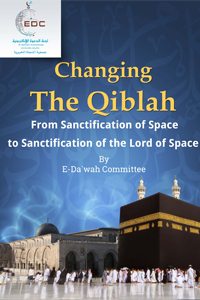 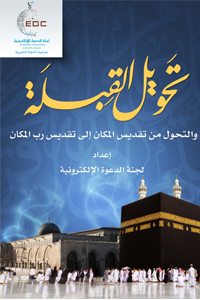 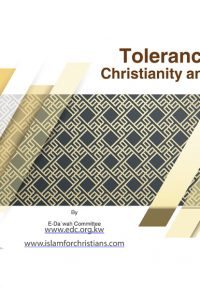 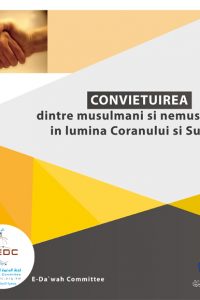 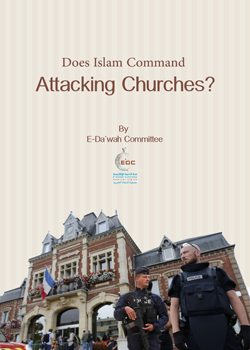 Since the desire for women is something which men cannot resist easily, God has imposed strict regulations in His successive divine messages to make sure that such a desire will play its legitimate role in the human life and will not be got out of the lawful context in which it was essentially placed, given the fact that the satisfaction of such a desire outside its legitimate framework has considerable disadvantages and enormous damage threatening man’s happiness as they ruin his life and lose him the Hereafter.One of such strict regulations is the imposition of hijab on women. That is to say, women are commanded to conceal their attractive parts whose charm cannot be resisted by men and only allowed to expose such outer parts of the body which do not cause much temptation and have such humanly reasonable adornment which is quite far away from such finery which involves deliberate display of woman’s beauty and intentional arousal of men’s desires.In this sense, hijab was made incumbent in all divine messages, including Judaism, Christianity and Islam. No wonder, the female believers in any of the divine messages used to wear hijab. 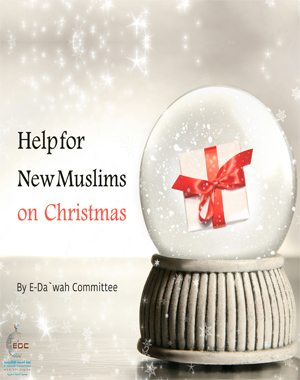 One of the problems faced by new Muslims is the issue of different celebrations held throughout the year. Christmas is one typical example. 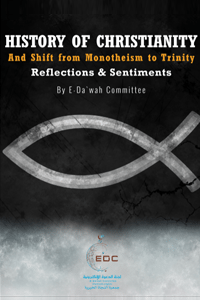 Controversy rages between Christians and non-Christians, including Muslims and the followers of the other faiths, and among Christians themselves over the issues of monotheism and the Trinity. 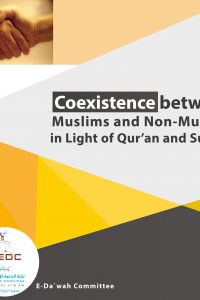 Indeed, the final message of Islam was sent down to the inhabitants of the earth in such an era which recognized neither justice nor kindness nor the contemporary concepts of freedom, pluralism or peaceful coexistence. 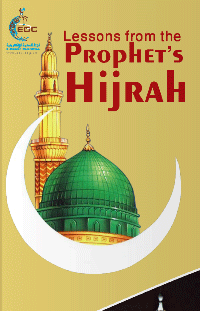 The significance of Hijrah (the migration of Prophet Muhammad, peace be upon him, to Madinah) is not limited to the Islamic history or to the Muslims. The Hijrah not only reshaped – socially and politically – the Arab Peninsula, but also had its impact on worldwide civilizations. 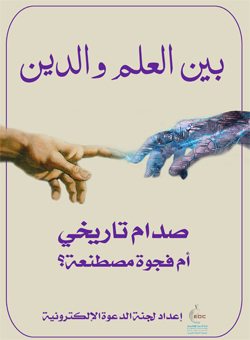 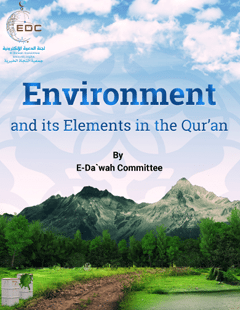 The Glorious Qur’an is the miraculous book of God, that falsehood can by no means approach. Allah, the Almighty, said about it, “We have not neglected in the Register a thing.” (Al-An`am 6:38) It is thus important to understand how the Qur’an tackled the environment, its components and balance, and how the Qur’an discussed the issue of the protection and development of the environment. 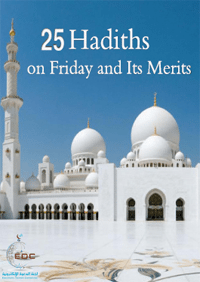 Jumu`ah or Friday is so important in Islam. It is considered the best day of the week for Muslims. It is the day where the Muslims gather to offer prayer in congregation. The day of Jumu`ah is one of the blessings that the Muslim nation has been endowed with. Imam Ibn Kathir said, "It was named Jumu`ah because it is derived from the word Al-Jam` in Arabic which means to gather, as Muslims gather on this day every week, and Allah has commanded the believers to gather for His worship. 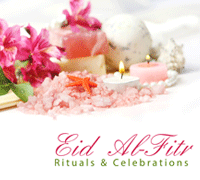 After the last night’s moon sighting, indicating that the blessed month of Ramadan is over, Muslims wake for the Dawn Prayer and the beginning of a very special day. 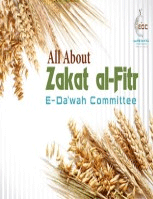 E-Da`wah Committee (EDC) presents this ebook "All About Zakat al-Fitr" for new Muslims to learn how, when and why Zakat al-Fitr is paid. Every Muslim is required to pay Zakat al-Fitr at the conclusion of the month of Ramadan as a token of thankful¬ness to God for having enabled him to observe fasts. Its purpose is to purify those who fast from any indecent act or speech and to help the poor and needy.